I Hope You’ll Forgive Me…

First,  I hope you’ll forgive me for not having more photos of pants and Marji’s visit.  Marji and I made three muslins and I have to sew up the fourth one still. It was an amazing few days with her and she’s really encapsulated my thoughts on the internet and sewing on her blog. My hair is straight over there. I got a haircut while Marji was here and the stylist gave me a blow out and used a hot comb. It lasted a day with the fog. It just grew and grew and grew. By midafternoon I was wearing a hat.  It’s now back to normal ;)Second, I hope you’ll forgive me because I’m a little hard headed at times. I’m usually a good advice taker, but I really got it stuck in my head to make the ginger cookies (ducks). Are we still cool? I am overwhelmed by the suggestions for different baked goods and deeply appreciative.  But, I just got an idea in my head and couldn’t let it go.My camera is MIA, so a camera phone shot it as. 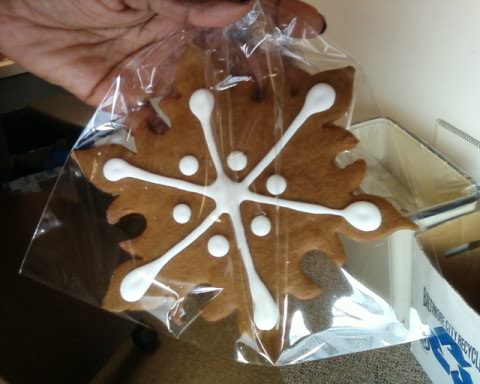 Anna, my co-worker has never baked a cookie in her life. We started at 8:30 p.m. and wrapped up aroune 1:00 a.m.   These suckers sold like hotcakes. I don’t know that they were *jealous*, but squeals of joy were heard.  And, I won’t lie to you. The first couple of batches did *not* look like this. You were NOT kidding. This ish is HARD.

I hope you guys have a great weekend planned. Tonight, I’m seeing Precious with my roommate. We wanted to see Twilight, but all the 15 year olds bought the tickets already 😉 Tomorrow some ballet and on Sunday, if you can believe it, I’m going to the gun range with a friend. I always said I’d shoot a gun when they came in pink. He found one.

Most of you don’t know that we have been trying to become adoptive parents. As with many other things, COVID basically shut the process down. But as the world started opening back up recently, we were hopeful there might be some progress in the next six months.⁠
My friend Indira (at right) came up from DC today and we were able to see the @geesbendquiltmakers acquisition at @baltimoremuseumofart The exhibit is small, poignant and tells the story of the quilters and how thier work funded civil and voting rights action in Alabama.
Thanks to the generosity and decluttering of @a_little_sewing I now have the BEST lighting set up in the sewing loft.
1) Found a small lucite/acrylic quilt rack in Bucks County, PA. J'adore.
The most adorable quilt I have made to date is now up on my blog. I said it went to one of my 40 first cousins, but in fact, went to wonderful friends who follow my IG, so I bigly lied 🤥.⁠.⁠
Not sure if you've tried to take a photo of yourself with a sewing machine but it's, uh, challenging?⁠